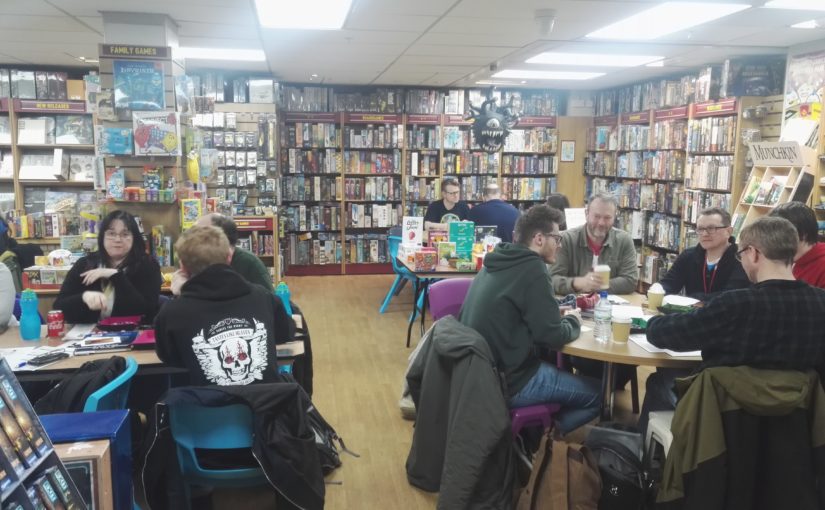 Thanks to all the GMs and players who turned up to Go Play Manchester yesterday (Jan 13) and made it such a fun event.

Nice to meet so many new folks, and lovely to see familiar faces too. You all warmed me to the core at the end of a cold first week of 2019.

A diverse selection of five games ran, from mainstream games like D&D 5th and Warhammer 4th Ed and Star Wars Edge of Empire, as well as indie RPGs run by their authors, Hunters of Alexandria (Paul Mitchener) and Cthulhu Hack (Paul Baldowski).

Special thanks to Andy and Bexs who helped me run my first game of D&D 5th Ed proving that an old dog can learn new tricks. Thanks to Hedi at Fanboy 3 for having us, and sorting out the tables beforehand.

Next GPM Sunday 10 February, sign up to the newsletter for more info and for notifications when the game sign up goes live (should be 1st week of Feb). If you would like to GM, go to the GMs page read it and use the Games detail form to submit a game.

I leave you with some photos…